You are here: Home / About Us / History
KLUX 89.5 FM was originally conceived in 1983 by the Reverend Monsignor Richard Shirley, then Chancellor of the Catholic Diocese of Corpus Christi, with the blessing of the late Bishop Thomas J. Drury. The station was viewed as being vital in communicating the image of the Church and the Good News of Christ to the population of South Texas and the Roman Catholic Diocese of Corpus Christi.

In 1983, Diocesan Radio Corporation (“DRC”) was incorporated and erected as the not-for-profit license applicant. DRC’s initial Board of Directors consisted of Monsignor Shirley, Monsignor Robert E. Freeman, Mr. Robert Batterson and Mr. Marty Wind. The FCC application was researched and developed by the Broadcast Consultancy division of WK Associates of Corpus Christi, who also designed the original studio and transmitter facilities. The Federal Communications Commission granted DRC a construction permit for a 3 kilowatt, Class-A, non-commercial, educational facility on 89.5 mHz in mid 1984.

With main studios originally located in Robstown, outside of Corpus Christi, KLUX signed on the air March 13, 1985. The station was dedicated by the Most Reverend Rene Gracida who succeeded Bishop Drury as Ordinary of the Diocese. At that time, the station utilized state of the art production and automation equipment to fulfill its mission.

KLUX was the first in a group of broadcast properties which, together with the South Texas Catholic Newspaper, came to be known as the “Catholic Communications Network”, which serves the Catholic Church and Roman Catholic Diocese of Corpus Christi in South Texas. In keeping with its widening scope, DRC’s articles of incorporation were re-stated in 1985 and the corporate name was changed to Diocesan Telecommunications Corporation (DTC).

In 1989, it became possible to consolidate the main studios with the other operations of the Catholic Communications Network at the groups headquarters on Lantana Street in Corpus Christi. The John G. and Marie Stella Kenedy Memorial Foundation granted KLUX funds to move the studios as well as a boost in transmitter power from 3 kilowatts to 60 kilowatts, effectively increasing the broadcast coverage area by 500%.

At the same time, with the support of then Bishop Rene Gracida, the station revised its on-air approach from a blocked, program length approach to its current “Easy Listening” music and inspirational message format. The change was extremely successful and catapulted the stations popularity to market prominence, allowing it to more effectively compete for audience. The messages of spirituality and hope, mixed with the more recognized musical fare, were well received, mainly because the station was not perceived as proselytizing.

The Station continued to grow in popularity over the years, thanks to the help of legendary broadcasters, such as the late Chuck McDowell, and ever popular and long time Corpus Christi broadcast veteran Gordon Clark, who commanded the morning chair during the early days and well into the 90s.

In late 2000, a major initiative was begun to replace much of the ageing studio equipment, which had been in continuous operation since 1985. The 15th Anniversary Project positioned the station for the digital era.. KLUX could now boast over 240 gigabytes of digital audio storage for its library of four thousand musical selections and an equal number of announcements. While still capable of standard analog origination, the station could now record, store and deliver a digital audio stream from its hard drives to the input of the transmitter.

In 2003, amidst encouragement from several funding sources and frustration from being unable to find a suitable AM station in the Corpus Christi area for purchase, it was decided to seek funding to purchase and install the industries new HD Radio technology. Broadcasting an HD signal would not only improve the quality of the KLUX audio but would also open up the possibilities of more then one channel of programming by way of HD Multicasting.

In June 2006, with funding in place, the Board of Directors authorized station officials to proceed with acquisition of equipment and a major upgrade of the KLUX transmitter plant in order to give the Coastal Bend of Texas it’s first HD Radio Station.

The new solid state Transmitter arrived in late August and after installation and weeks of testing, the HD1 digital signal for KLUX and the new HD2 digital signal for CCN Radio 89.5-2, featuring the Relevant Radio Catholic Network was officially launched. On November 20, 2006, with special on-air ceremonies live from the KLUX studios, the new digital signal was official blessed by Bishop Edmond Carmody and acclaimed by then Corpus Christi Mayor Henry Garrett.

The Digital Era of KLUX was realized. The station was the first radio broadcast outlet in the Coastal Bend to launch HD Digital Service and the first to multicast additional channels of new programming for its listeners. KLUX had successfully navigated more than twenty years of non commercial service to the community and was now pioneering bold new paths of digital service for the community.

HD Digital Radio on KLUX would not have been possible without the generosity of the John G. and Marie Stella Kenedy Memorial Foundation, The Ed Rachal Foundation, the Dr. & Mrs. Hugh Kennedy Foundation and the many loyal listeners and supporters of the station. To these great benefactors we say a heartfelt thanks and a sincere appreciation for your continued confidence and encouragement.

Your tax deductible gift is more important than ever.
Call 361-289-6437  or make a contribution with our secure PayPal link below: 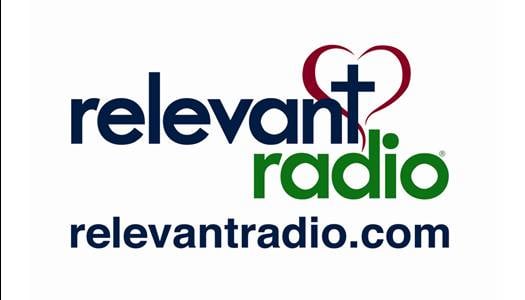